Discover the sights in Mauritius …

Discover the sights in Mauritius …

Mauritius island. is an island nation in the southwest of the Indian Ocean, approximately 900 kilometers east of Madagascar. Seychelles are in the north and the French overseas department of La Réunion is in the west. Mauritius is located in the Indian Ocean.

1512: The Portuguese seafarer Pedro de Mascarenas discovers Mauritius and Reunion. After him, the two islands are also called the “Maskarenes”. 1598: The Dutch take over the island and name it after their governor, Prince Moritz (Maurice) of Nassau.

You can experience everything with us:

Our conclusion from our trip to Mauritius

In the rainy season from January to March, the weather shows its hot, humid and oppressive side. The humidity is high and it rains 8 to 10 days a month. In the warmest month of February, the average temperature is 25 degrees.

“Karin Maier is a great, experienced and patient person who helped me to master a critical life situation. THANK YOU VERY MUCH.”

“Ms Maier quickly discovered the reasons for “chaos” in my private office and in financial matters. Professionally she reorganized the processes in the office. Now everything is running again. Thank you very much!”

“Your empathetic nature has immediately developed a very positive familiarity. They quickly recognized my problem and immediately helped me with unconventional ways.” 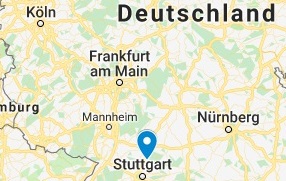 We want to make the world a safe, free and equal place for all people, especially women, children, those who give birth and those who are disadvantaged by society.

All the people in the world are full. They are allowed by law to attend schools, universities and educational institutions throughout their lives – from childhood to old age.

All people can be mentally and physically fit up to a ripe old age. After a fulfilled life, you can enter another world without pain or infirmity.

Every person acquires at birth the right to a happy, peaceful and self-determined as well as contented, grateful, successful and healthy life.

Discover your own horizons for your personal development.